Went On Spring Break, Be Back Soon. 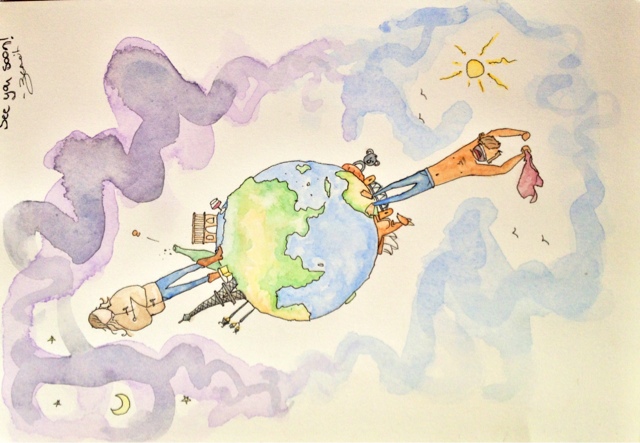 After several unsuccessful, highly frustrating attempts at figuring out the theme for my new Wordpress location, I am calling it quits for now.

Quinntessential Style is not only moving to a new digital space, Quinntessences.com - well trying to at least - but it's also moving to an entirely new spot on the map. Started in the states, then adapted to the French way of life, your source for Quinntessential findings will now be coming to you from down under starting May 2.

As I prepare for my big move from Paris to Sydney, I will take an official hiatus from my blog. Hopefully I will come out on the other side (of the world) with a fresh, new blog look. Until then, scan my archives and enjoy some past posts.

Don't fret, I will be back with all sorts of Quinntessences from not only Paris but my new home in Sydney too.

After spending half a day readying my big blog move, I've realized it's not as easy as I thought it would be - even though I've done all my homework and reading. 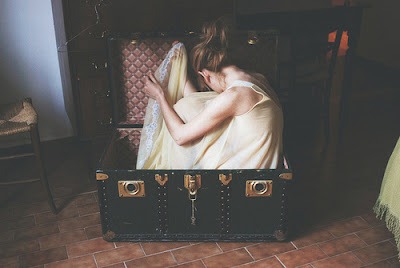 Take this as an official announcement that in the coming week Quinntessential Style will be moving over to Quinntessences.com, so please excuse any bugs that may come up in the mean time. 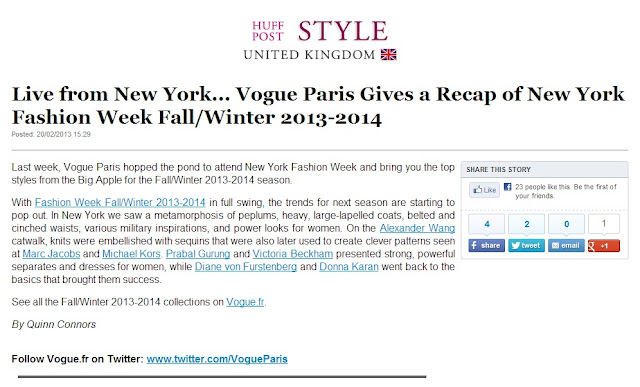 Today, I bring you New York Fashion Week Fall/Winter 2013-2014 and a look at some of my favorite shows from the Big Apple... 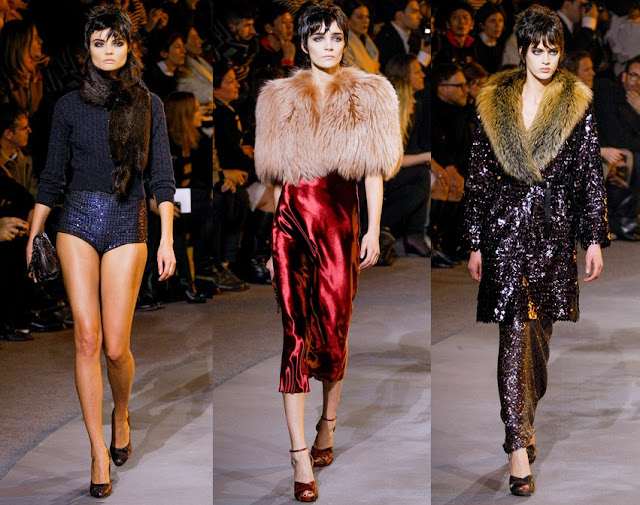 After a black and white clear-cut collection for Spring/Summer 2013, Marc Jacobswanted to dive into the greyer areas of life for Fall/Winter 2013-2014. The designer showed a collection that mixed and matched the simple with the elegant and even the wild, as models walked the atypical catwalk in mohair sweaters and silky tops or glimmering sequins and fox furs over high-waisted hot pants. 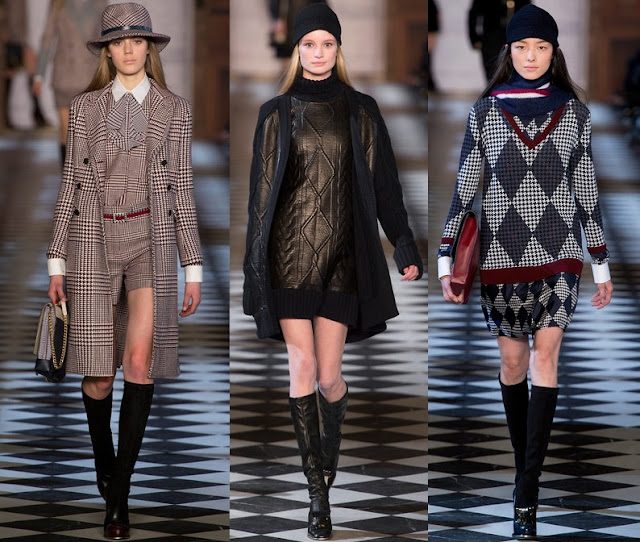 “Savile Row meets Ivy League” was the theme at Tommy Hilfiger Fall/Winter 2013-2014 as all types of prepster patterns took stage. In menswear suiting materials and English heritage fabrics, London tailored looks had an American feel as the schoolgirl style blended into a structured workingwoman’s ensemble. 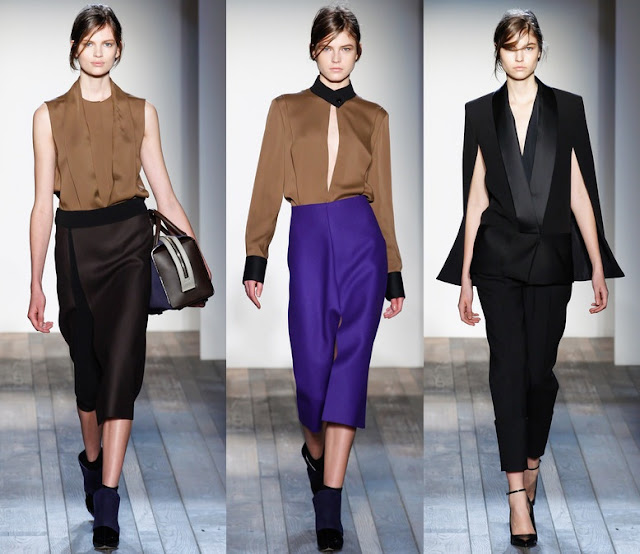 Victoria Beckham presented a standout collection at New York Fashion Week this season. While maintaining Posh Spice’s iconic sex appeal, models in menswear inspirations and longer lengths than usual had vibrant block colours and prints splashed over the dolman-sleeve tops that have been spotted across many runways for Fall/Winter 2013-2014. 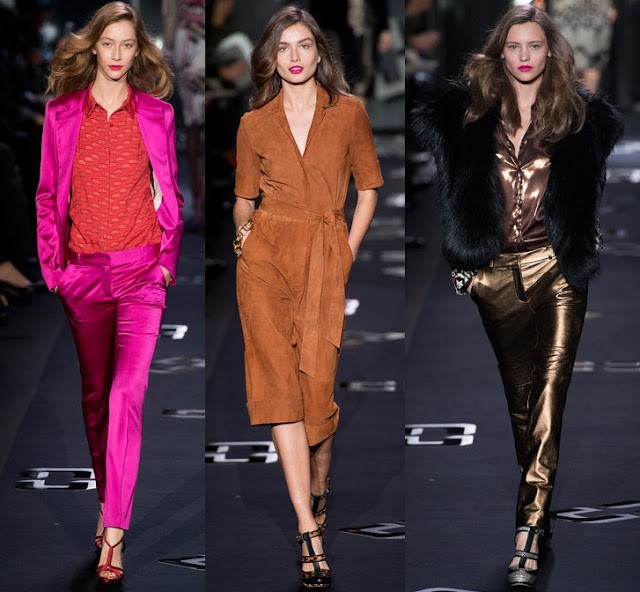 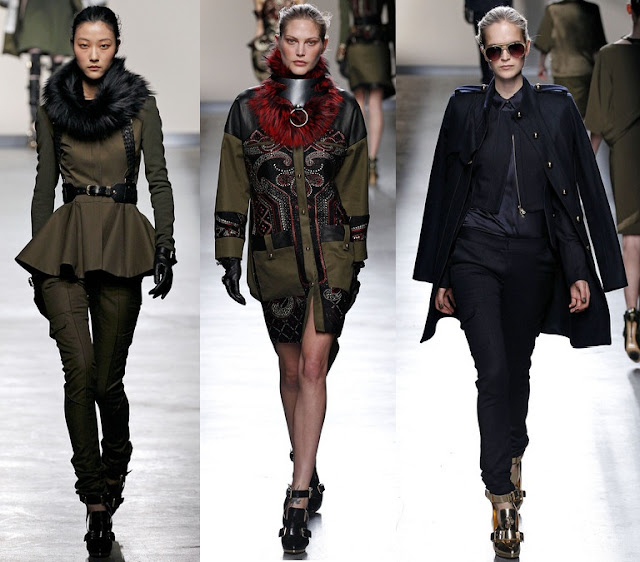 And a bonus collection that I particularly enjoyed... 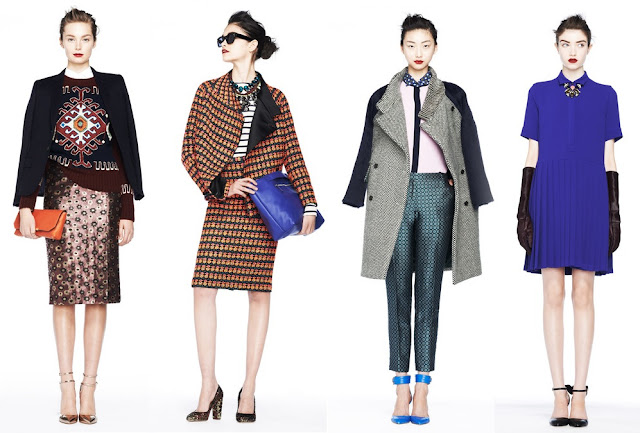 Synonymous with American preppy staples, J. Crew designer Tom Mora found a way to add some eclecticism to the classic cuts. Inspired by a recent trip to Morocco, his collection of girly embellishments with boyish cuts for Fall/Winter 2013/2014 appeared in vibrant colours, Moroccan rug prints and sparkling arabesques.

See the entire review on the Huffington Post blog and keep an eye out for the Milan Fashion Week Fall/Winter 2013-2014 recap.

Stephanie LaCava: Memoirs of an Outsider in Paris - Vogue Paris in English 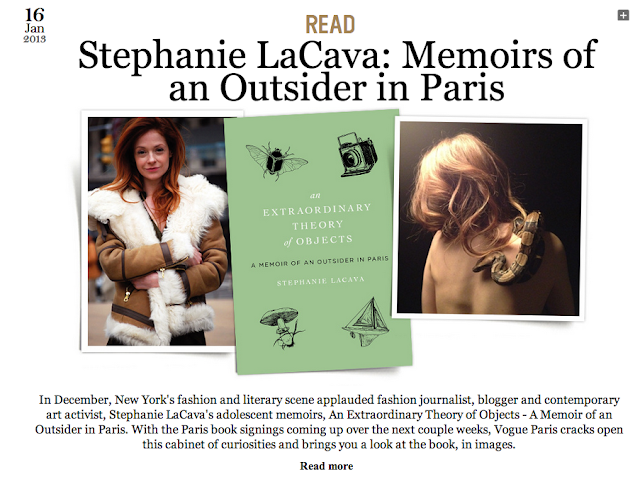 As I'm currently reading and loving journalist Stephanie LaCava's recently released book, An Extraordinary Theory of Objects: A Memoir of an Outsider in Paris, you could understand my delight when at work this morning, I was assigned to translate and adapt the Vogue Paris write-up on the author and her adolescent memoirs.

Her story is beautifully written and inserts you to the time of her struggles. For the free spirits and deep feelers, you really connect with Stephie and how the whimsically different thirteen year old didn't quite fit in. Raw and wistful, LaCava's writing style captures the emotions perfectly and gives you a feeling of understanding.

She narrates in objects, opening up her cabinet of curiosities, removing each precious item one by one as they appear and tie into her story. Each object is poetically illustrated by Matthew Nelson and has a footnote in which she gives a small anecdote of its history or importance. These stories and her memoirs combine "to make sense of the nonsensical."

I've posted excerpts from my Vogue Paris translation below along with a few images from the article. For those who prefer to read in French, see the piece on Vogue.fr. And for those in Paris, Stephanie LaCava will actually be holding a few book signings in the coming weeks at Bookmarc and Shakespeare & Co. Dates and times are posted at the bottom along with a link to buy the book.

I am very excited. "Consider the source."


Stephanie LaCava: Memoirs of an Outsider in Paris 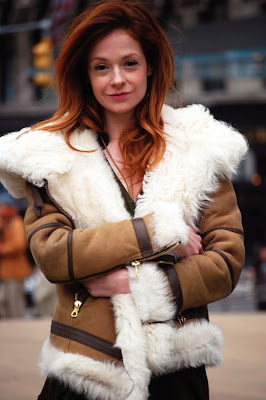 In December, New York's fashion and literary scene applauded fashion journalist, blogger and contemporary art activist, Stephanie LaCava and her adolescent memoirs, "An Extraordinary Theory of Objects - A Memoir of an Outsider in Paris". The recount of her years spent with her family just outside of Paris in Le Vésinet, France, as a teenager has steadily gathered a stylish fan club which has followed the author to her book signings from Miami to New York. Coping with her family's expatriation to Paris in the 1990s, the young American cultivated a veritable cabinet of curiosities with intimate, spellbinding objects including a carved scrimshaw whale's tooth, iridescent beetle shells, an old skeleton key and a spotted, red-capped mushroom. The book studies her semi-baroque, semi-grunge reliquary through descriptive passages and a clandestine collection of illustrations.

"As humans, we crave beauty and we attempt to hold onto this experience through physical evidence," she muses. 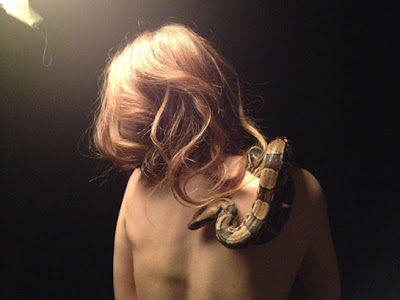 Promoting the release of her memoir, Stephanie LaCava directed two trailers which were revealed on YouTube. The first, Realism Deficieny, was filmed by Henry Joost and Ariel Schulman of Catfish, Paranormal Activity 3 and 4, and featured a snake in homage to the eccentric Marchesa Casati who refused to leave the house without her living snakes wrapped around her as jewelry. The second is a lyrical amble through scenes and images created by the independent filmmaker and Sundance Film Festival favorite, Ry Russo-Young.
www.youtube.com/user/stephanielacavavideo
The next signings by Stephanie LaCava in Paris:

Read the full piece on Vogue Paris in English. Check out Stephanie LaCava's website to find out more on the author, read her blog, see her videos and more.

Buy her book on Amazon. A must read.

The Quinntessential Style Agenda has been updated with Parisian events and Fashion Weeks from all over the world. More to come...

Well readers it's time for another Fashion Week season, kicking off with Men's Fashion Week. Don't be mislead though, I'm not covering the men's shows in this post, but the events surrounding them in Paris this week. 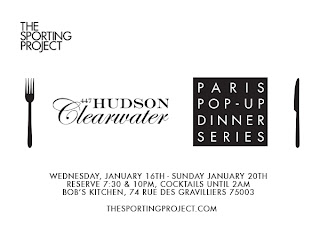 After their first highly successful and fashionista studded pop-up dinner in September during Paris Fashion Week with New York City restaurant The Fat Radish, the lovely Tara Gilson and Jenny Capano of the incredibly creative agency The Sporting Project are at it again. Hosting their second dinner series this week from Wednesday, January 16th to Sunday the 20th, TSP have invited the ultra-cool NYC West Village hideaway restaurant Hudson Clearwater to join the fashion foodie event. Chef Wes Long will serve a four course tasting menu at either the 7:30 pm seating or the 10:00 pm, while bartenders Nick and Jonathan fill our glasses until 2:00 am with their signature cocktails specially created for the event held at vegetarian hipster haven Bob's Kitchen in the Marais. Also on the event's program is live music, shipped in from the Big Apple as well.

I unfortunately missed last season's dinner, but I am booked and ready for the second installment. If you're interested in making a reservation, you should do so as soon as possible as all the seatings are almost full. 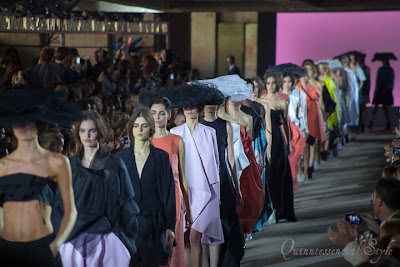 Designer Bill Gaytten, of John Galliano, presented a voluminous collection of “Edwardian elegance” during Paris Fashion Week Spring/Summer 2013. Models appeared in oversized tent dresses with front folds and gathers that were paired with large brimmed hats by Stephen Jones, inspired by millefeuilles and birds’ nests. The designs, in cotton, technical taffeta, crepe and cotton poplin, featured a muted palette of stone, coral, navy, white, black and pale pink, as well as “demure yet urban” prints with a flying man and traffic jam jacquard.

Although the collection was pretty and poetic, the designer’s looks lacked the adventure of his fall collection and of Galliano, as WWD remarked, “Gaytten moved away from the founder’s theatrics in favor of a cleaner, more architectural sensibility…” Bill Gaytten seems to be coming into his own at John Galliano with this romantic, though at times lackluster collection. Next season, I'm looking forward to a collection with a greater balance between quiet romance and the adventurous spirit of the fashion house. 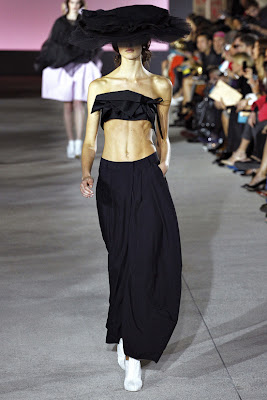 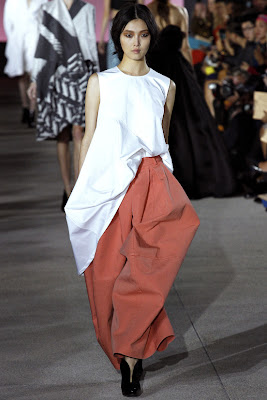 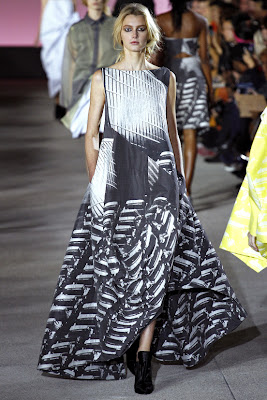 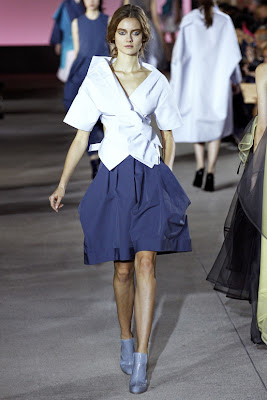 See more photos from the show on Vogue.fr.

I write about style and fashion, inspiration and art, thoughts and life. I have a need to explore and be enriched, and what I discover and learn may end up here.

[kwin-tes-uh ns] - noun
1. the pure and concentrated essence of a substance.
2. the most perfect embodiment of something.

all sidebar pictures found via weheartit.com